On January 20, the modern plant of the German polymer company REHAU, which is the 35th in the world and the 15th in Europe, was officially opened in Klaipeda Free Economic Zone (FEZ). The 19,000 sqm factory was built in a record time by the sustainable urban development and construction company YIT Lietuva.

REHAU plant is the company’s first facility in Northern Europe. The factory, which was built in just one year, will employ about 100 people in the near future, and the number will increase to 200 in the next couple of years. Equipped with the most advanced engineering solutions and technologies, one of the most modern factories in Lithuania will produce polymer pipes for the construction industry and export them to more than 10 countries around the world. It is planned to reach full production in Q4 this year.

According to the Minister of Economy and Innovation Aušrinė Armonaitė, such German investments contribute to the strengthening of the country’s manufacturing sector, creation of new jobs and increase of the country’s competitiveness.

“Strong growing industry is a key factor in the attractiveness and competitiveness of the country as a whole and of individual cities and regions. I am glad that one of the leading German companies is investing in Lithuania and implementing the most advanced solutions and technologies that create added value for all of us,” says A. Armonaitė.

According to dr. Roger Schönborn, in planning strategic development in Europe, REHAU assessed many potential locations in various regions of Europe. “Our new plant here in Klaipėda is a key success factor for our Building Solutions Division, because it provides an important contribution towards increasing our competitiveness and consequently, that of our customers,” says dr. Roger Schönborn, Head of REHAU’s Division Building Solutions.

REHAU plant manager Giedrius Kaukas says that the smooth construction process of the plant, despite the unfavorable circumstances – the pandemic and the resulting disruptions in supply chains, was achieved through the joint efforts of Klaipeda FEZ Management Company, YIT Lietuva and REHAU teams in Germany and Lithuania.

“We have chosen the sustainable urban development and construction company YIT Lietuva as the construction developer and general contractor, with whom we felt very calm about their experience in managing projects of this size and complexity,” comments G. Kaukas.

Kaukas notes that the construction project implemented by YIT Lietuva confirms the advantages of the so-called build-to-suit model – flexibility and the possibility to fully ensure the implementation of solutions that meet the needs of the company. The premises built and equipped in this way enabled the REHAU plant to start operations more quickly and without significant initial investment. This is proved by the opening of one of the most modern factories in Lithuania just a year after the start of construction. A total of over 30 million euros was invested in the construction and installation of the plant. The plant will be equipped with a total of 23 production lines capable of producing up to 6,600 km of pipes per month.

This REHAU plant project was implemented using extraordinary methods – Klaipėda FEZ Management Company and its partners first announced an international tender for the development of the facility, which was won and the plant was built by UAB YIT Lietuva according to the company’s needs. For the first time in the corporation’s history, REHAU has outsourced the development and management of real estate to third parties.

Just over 10 months after the start of construction, the factory has already installed its first production line and produced test products for certification. Two more months later, the plant was fully completed and commissioned. 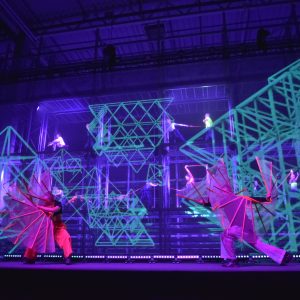 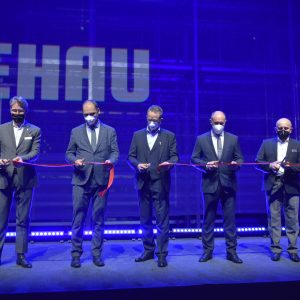 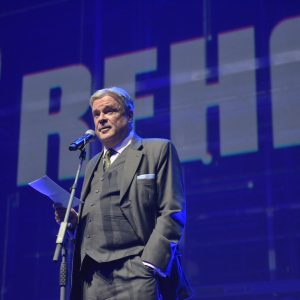 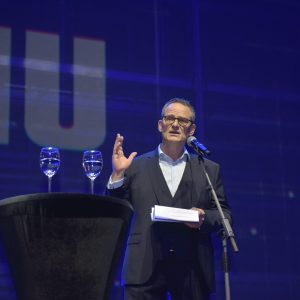 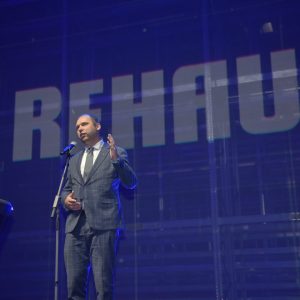