Raimondas Bakas, the Deputy Director of the Klaipeda FEZ, made a presentation at Dalyvauk, a Klaipeda community and community-building conference/discussion, organized by the Klaipeda Association of Communities and an association called My city Klaipeda. The vision for a sustainable relationship between different communities on the city’s south side was presented at the event, following the initiating push by the Klaipeda FEZ.

The Klaipeda FEZ itself and many companies operating out of its territory are active participants, partners and sponsors in various initiatives organized in Klaipeda. However, the FEZ decided to take it a step further this year, initiating a visionary project with RDH Urban, an urban and environment company from the Netherlands, to rejuvenate the south side of the city.

The urban planners from the Netherlands are proposing new spaces on the south side of the city, dedicated to leisure and connecting with neighbors. These spaces could include elements like modern benches in park zones, hammocks, tables and chairs for people who just want to chat, swings, sports and exercise infrastructure. The consultants from the Netherlands pay extra attention to bikes, offering to set up not only bicycle tracks but small repair stations, stands and places to pumps tires as well.

RDH Urban also presented a separate proposal to strengthen the infrastructure benefitting our four-legged friends, establishing spaces to walk, train and play with our pets. According to the company’s evaluation, pets also encourage people to communicate and get closer and a close-knit neighborhood community is essential to a good quality of life in the city. The company also proposes to utilize the space between flat blocks for gardening–spaces, where neighbors could grow vegetables together, share their experience and experiment.

The Klaipeda FEZ will aim to involve the community, companies doing business in Klaipeda and the municipality in helping this vision to become reality.

According to R. Bakas, this initiative has already been presented to the communities living on the south side of Klaipeda, while the wider Klaipeda community had the opportunity to hear about it last week.

“We are happy that Klaipeda’s people are not apathetic towards their own city and want to build its future in a united front, featuring a worthwhile dialog between communities, businesses and the municipality. We experienced a lot of interest and support from various communities in Klaipeda. This encouraged us to make this vision a reality even more. The Dalyvauk conference was a great opportunity for everyone to understand what drives us all and agree on a common goal, to ensure that our city is a great place to not only work but live in as well,” says R. Bakas.

The south side project will be further developed in the future by discussing it with community and municipality leaders. The Klaipeda FEZ hopes to announce the first steps towards making it a reality soon. 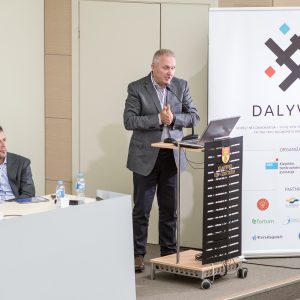 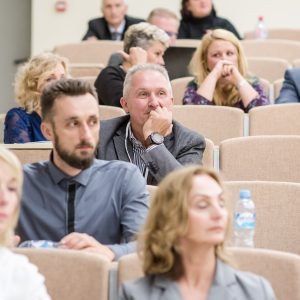 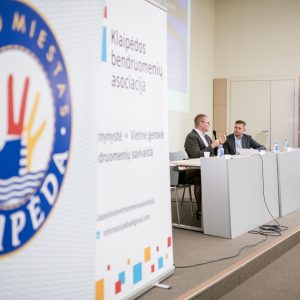